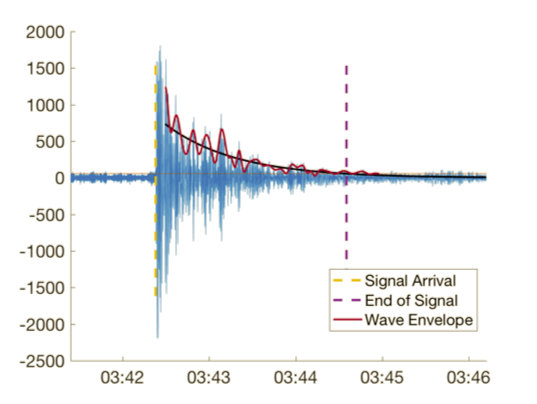 One way of monitoring whether other countries are engaging in explosives-driven testing of weapons is to measure seismicity from the events, but this is only interesting if we can correctly characterize a seismic event as an:

The first step is to simply be able to distinguish between natural and non-natural seismic events. Since the Nevada National Security Site engages in explosives-driven tests - and is in an area of active earthquake activity - it is a natural test bed for developing data analytics approaches to classifying signals as natural or non-natural. Being a "test bed" means that, in addition to the measured signals, we have some ground truth information, meaning we know when earthquakes and explosives tests actually happen.

Larger-scale experiments, like the North Korean nuclear tests, can be seen at much larger distances, so even in Nevada we can measure seismic signals from nuclear tests. Figure shows a seismic measurement in Nevada from North Korea's September 2017 nuclear test.

One of the primary challenges in analyzing seismic data is that the data is collected 24 hours per day, 7 days a week, but actual seismic anomalies - either natural or not - occur relatively rarely.
Thus a first step in the analytics is to develop a technique for combing through the data to find anything that looks like an anomaly. The second task will be to classify the anomalies.