The centerpiece of the Astronomy and Astrophysics program is the 1-meter diameter Ritchey-Chrétien reflecting telescope. This telescope, built in 2014 and housed atop the College of Arts & Sciences building, is the largest university-based research telescope in Florida, weighing in at around 2 tons.

The Ritchey-Chrétien telescope (RC) is a type of reflecting telescope that delivers a large-diameter, well-corrected field of view from its hyperbolic primary and secondary mirrors and field-flattening lens system. This telescope, along with its digital imaging cameras and spectrographs, gathers millions of times more light than the human eye.

Faculty and students use the 1-meter telescope to research planets, moons, and asteroids in the Solar System, exoplanets, the structure and ages of stars, and nearby galaxies.

In addition to the 1-meter telescope, the Observatory houses six smaller portable telescopes mounted on the roof of the College of Arts and Sciences. These telescopes are used for student training in eyepiece observing, digital imaging, and spectroscopy.

More About the Telescope 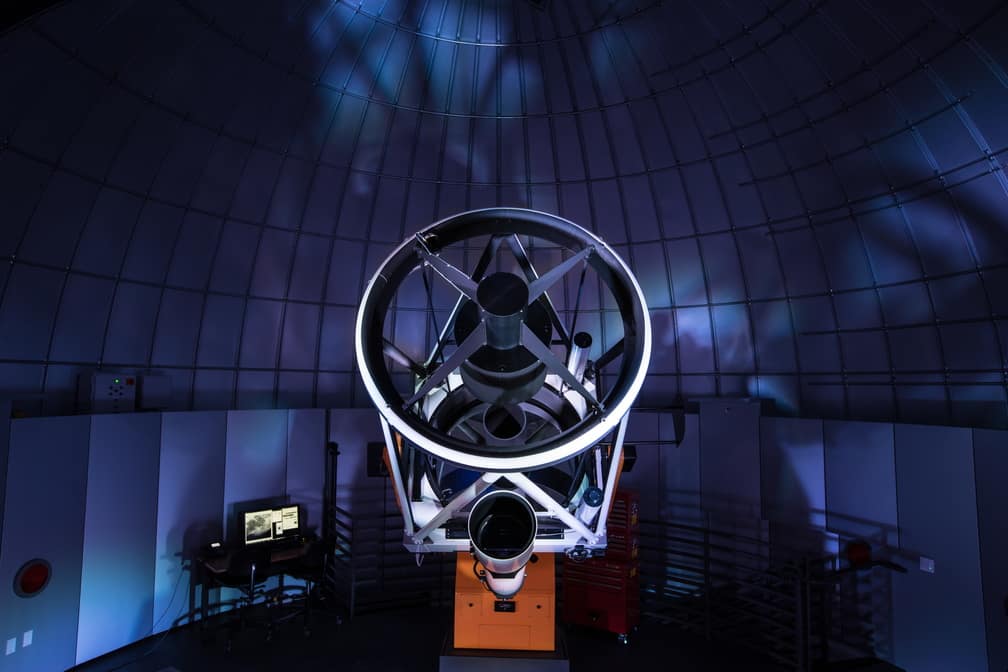 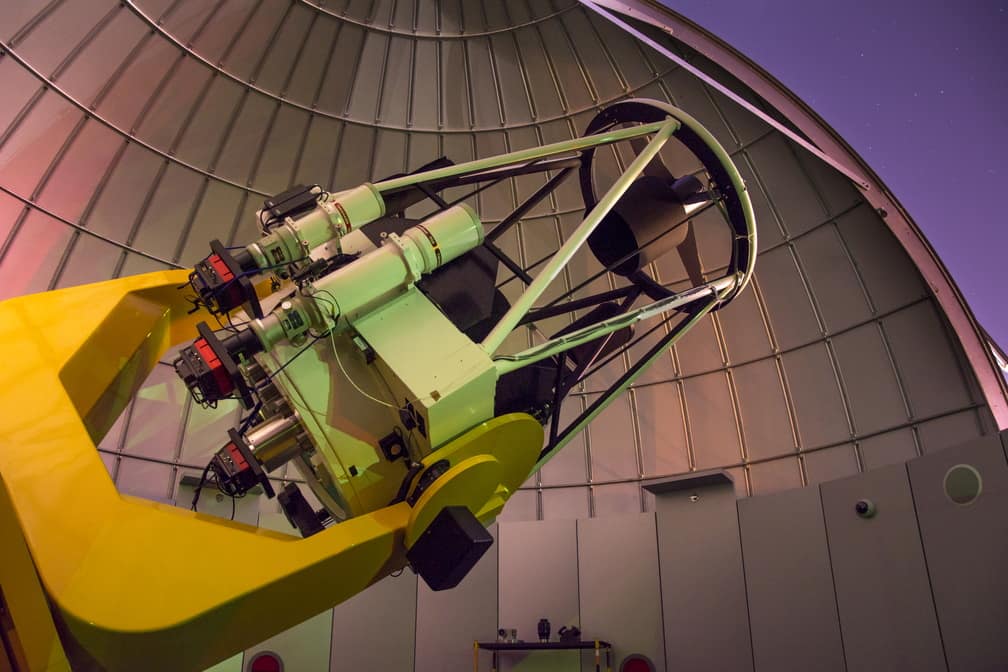