The Center for Entrepreneurship with the David B. O'Maley College of Business at Embry-Riddle Aeronautical University is providing viewers with a new series of videos called The Entrepreneurship Journey.

This series features discussions and interviews with successful Embry-Riddle affiliated entrepreneurs and innovators and shares their personal stories to help others learn valuable lessons on creating and scaling companies and solving real-world problems.

More episodes will be added through the semesters.

Shaesta Waiz is the founder and president of Dreams Soar, a non-profit organization with a mission to inspire and encourage young girls across the globe to get into STEM fields and aviation. And while she never dreamed of the career she has today, Waiz has always had an entrepreneurial mindset.

Waiz found her way quickly into the aviation industry, interning at Alaska Airlines, but had thoughts to do things a bit differently. She wanted to connect with kids who didn’t have the same opportunities available to them and inspire them to follow their dreams, as big as they could be. She realized this dream job didn’t exist, so she created it. Now, Dreams Soar sets out to inspire the next generation of aviation and STEM students, their parents and their communities.

To achieve this goal, Waiz went on a solo flight across the globe, stopping in 22 countries and meeting more than 3,000 children to talk about the world of aviation. In doing so, she became the youngest woman to fly across the globe in a single-engine aircraft. After the success of the flight, she was able to connect with 30 different organizations who supported her cause and organized outreach events in 9 different countries.

For more information on Waiz and her mission, visit dreamssoar.org. 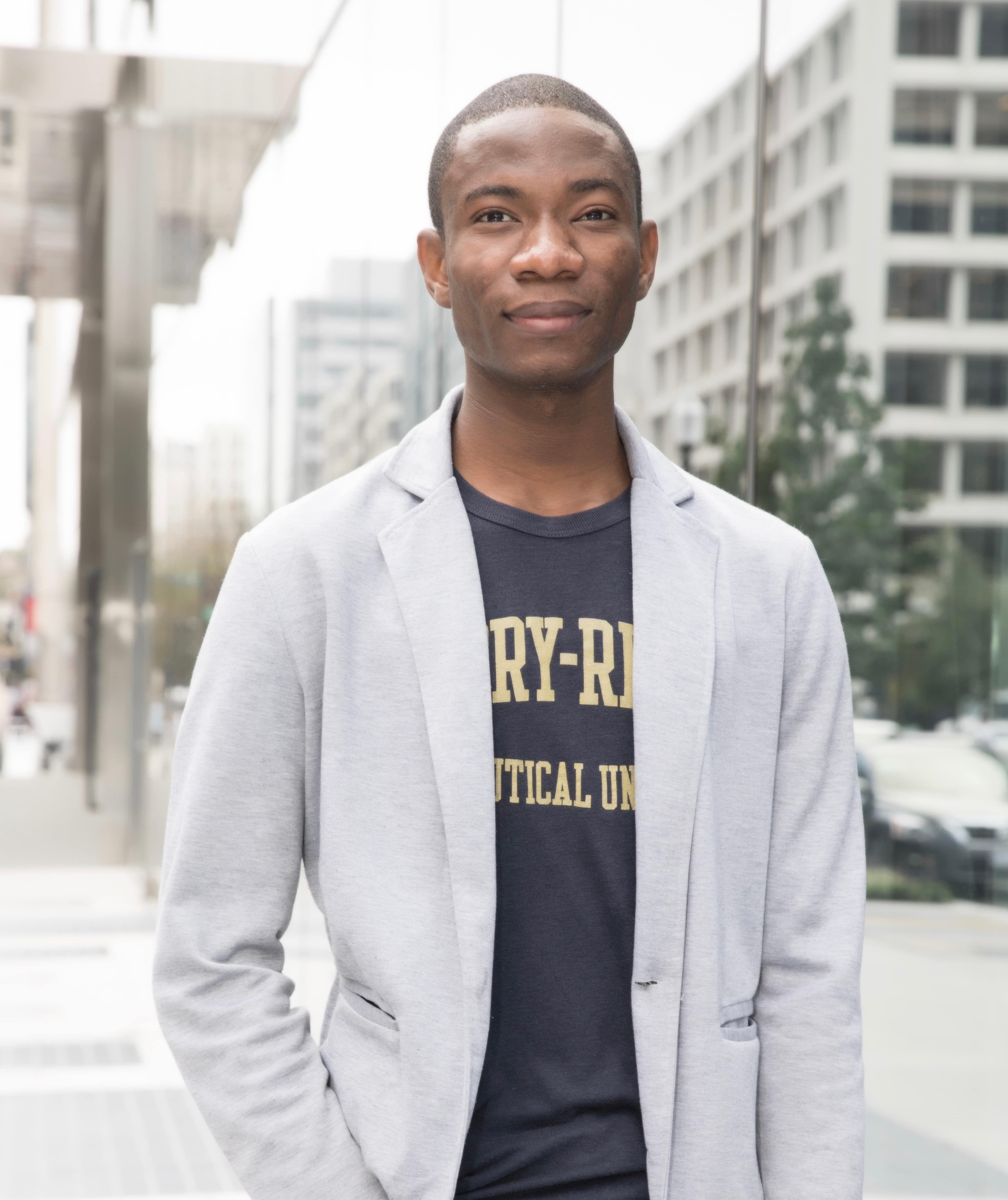 While sitting on a commercial flight in 2016, Obinna realized how much time it took to get on and off the plane. After researching the issue, he found that no one had tried to fix it. He then launched Aerobridge, a jetway that provides multiple doors for boarding and deplaning an aircraft.

At Embry-Riddle, Obinna was part of the African Students Association and CEO Club. He also worked closely with the Center for Entrepreneurship and faculty to develop his idea into a company – which participated in the "Launch Your Venture" competition in 2016. His outstanding presentation helped him win the People's Choice Award.

Obinna, who also works for SpaceX, has now transformed his venture into Skygenex Inc. Working with a board of experts, he is developing new ideas, building his professional experience and growing as an entrepreneur.

Get involved in our
entrepreneurial community

END_OF_DOCUMENT_TOKEN_TO_BE_REPLACED

Want to stay on top of our latest news and events? Sign up for our newsletter and check out our upcoming events.