The lab simulates a suborbital space vehicle (eg. SpaceShip Two) and associated control center to perform take-offs and landings from conventional runways and flights up to 350,000 feet.

The simulator comprises an aviation control and display hardware, a head-up display, modified X-Plane software, and compressed air for a pressure suit. The simulator’s baseline profile is a rocket-propelled suborbital air-launched ascent followed by a glide descent to the departure airfield for a horizontal landing. The system can be configured to simulate point-to-point flights. The simulator records 56 flight data parameters, such as an angle of attack and acceleration forces, that are available for analysis. 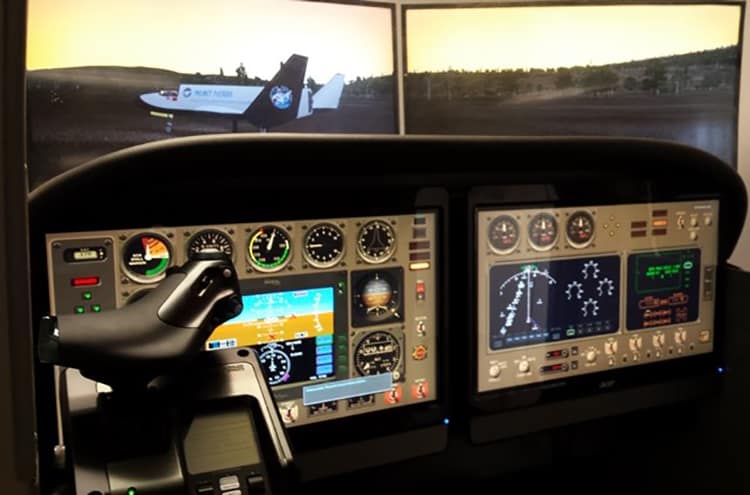